HOW PEOPLE ACTUALLY LOOK WHEN YOU CAN SEE D2B


When a person receives direct-to-brain windows, people around them must look very different. I don't know for sure because I and many millions of other people are being excluded from D2BW. Here are some possible examples of what people probably would look like if we did receive the D2BW service.
Back to main Direct-to-Brain Windows Page


How people actually look for those who get direct-to-brain windows:
What did George Bush actually look like on 09/11/2011, when his eyes, ears, thought-screen and thought-audio are shown? 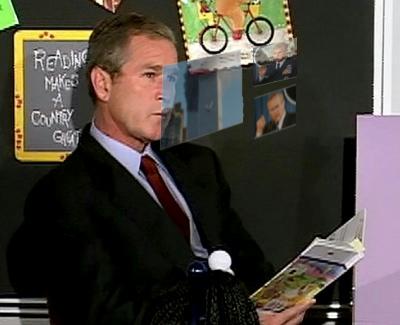 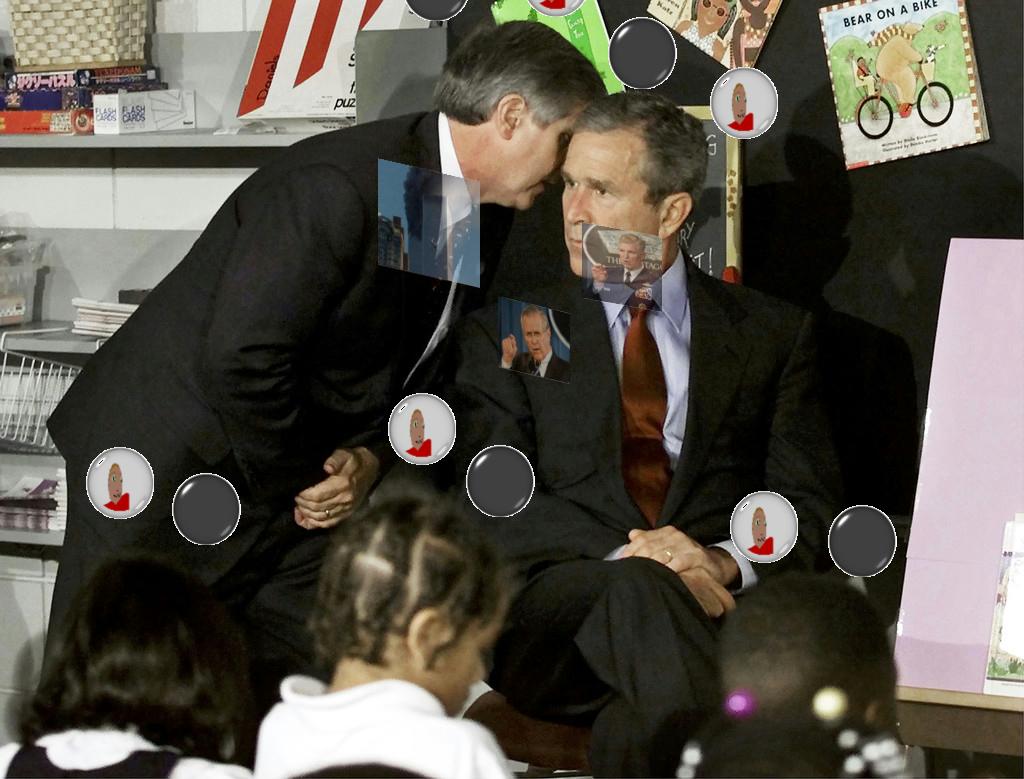 An image of the Pope with direct-to-brain windows- the peak of ethics and morality- why he's nothing more than another D2B fraudster and liar- they're more Peep than Pope! Shouldn't they tell the public about how they see thought-screens and hear thought-audio with millions of others thanks to the phone company and nanotechnology? How about warning the poop D2B denied public about remote neuron writing? To just sit back and say nothing about what they see in their D2B windows? Or perhaps the Popes don't get direct-to-brain windows and are being denied like the rest of us. Many wealthy and popular people are most likely denied- for example the Kennedy's certainly didn't get Sturgis' eye window, John Lennon, as popular and wealthy as he was didn't get Mark Chapman's thought-audio - as D2B denied we never know who gets D2BW and who has never even heard of neuron reading and writing. We can only guess- but it seems likely that most wealthy and popular people must get D2BW because otherwise they would not gain approval by those all-powerful sultan-like humans who own and control D2B.
What might the various Pope's have had in their d2b windows over the years? Don't they have a confession to make to all those people excluded from d2b windows, and for keeping their seeing inside houses and heads a secret so dishonestly and immorally, for so long? Don't those in the audience deserve to know the truth about remote neuron reading and writing? I think so!
What was Pope John Paul watching on 09/11/2001? What was his thought-audio then? eh? I don't see or hear it so good over here. 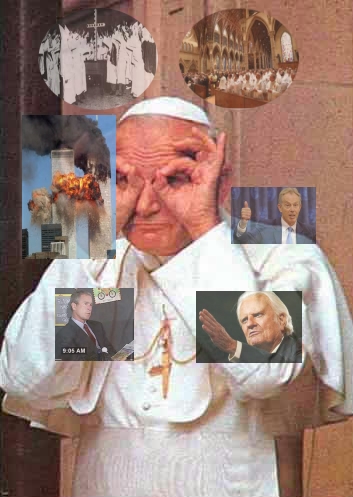 What is on the daily d2b for Ratzinger? 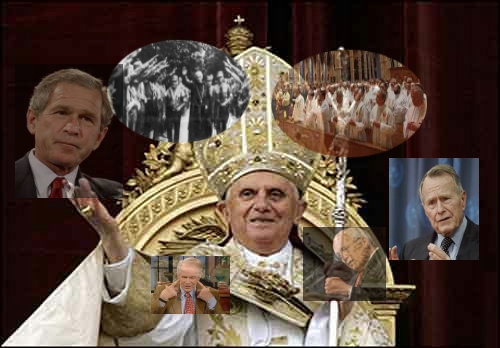 What about the other side of the Jesus fraud the Protestant scammers? What is in their D2b?
Here Billy Graham has the crowd in his eyes, and is thinking of a KKK guy saluting with a burning cross. In Graham's eyes are various videos, and perhaps teleconferences. 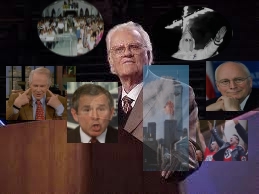 Pat Robertson has the studio on his eye screen of course, and also memories of the Klan and crosses. Perhaps the Bushes were explaining their plan for the WTC and how to use that to attack Arab nations in a new Crusade. Robertson perhaps looks over videos of the modern Nazi-Christian movement- all his friends. 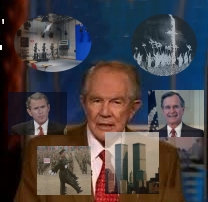 Gee do you think Randall Stevenson, CEO of AT&T gets D2B?
Can you imagine what are in his eyes and thought-screen - it must be unending murder, sex, - I can only imagine- perhaps lots of giggling. On his eye screen, at this particular instant is the camera that took the picture, made with that modern 1200s technology. But what might be in the AT&T owner's eyes? Of course, beyong the endless violence and sex, there must be the handmaidens, the many monies, the constant ongoing selection- determining how the Church can be gotton, and the School can be forgotten- who gets to see and who is left blind, who gets to reproduce and who will get neuron rape and genocide all the time. 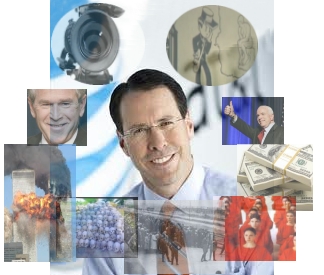